Many voters are planning to ‘vote tactically’ this general election in order to remove the Tories from power. Despite Jeremy Corbyn and Tim Farron officially rejecting calls for such a progressive alliance, some local constituencies are making the necessary preparations already.

In order for Corbyn’s insurrection to really succeed, it is important to remember that the Labour party is infested with Blairite double agents. Blairites are politicians who support the so called ‘centrist’ neo-liberal nightmare of former Prime Minister and war criminal, Tony Bleurgh.

If you choose to participate in this year’s General Election, be sure not to accidentally vote for a Blairite!

You can identify Blairites by checking their voting record.

For example, this is a list of currently serving Labour MPs who voted for the Iraq war.

This is a list of the 66 Labour MPs who voted to bomb Syria.

The Blairite response to the snap election was to sharpen their knives in preparation for yet another chicken coup attempt.

This time they put forward Yvette Cooper as their candidate for ‘post-Corbyn’ leader.. 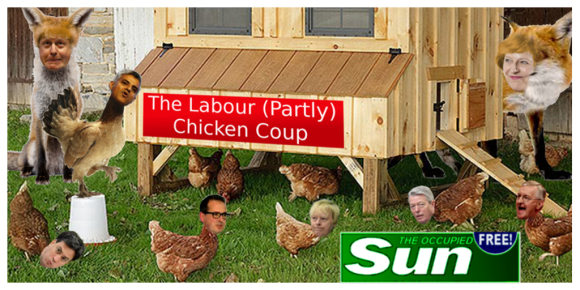 Don’t make the mistake of voting for a Blairite!

You can identify Blairites by checking their voting record at theyworkforyou.com 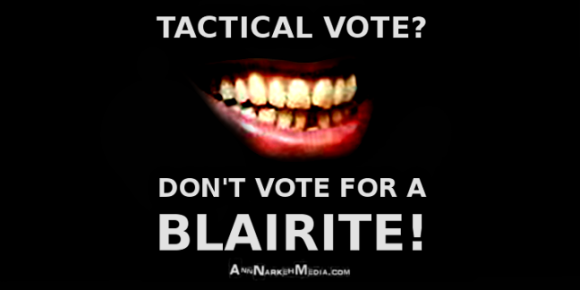 Voting is only one, extremely limited way of influencing change. Your daily life choices have a more significant influence on the world around you. Your attitude, behaviour and spending habits carry more weight than our broken democracy.

If you must participate in party politics, be sure your candidate reflects your values, principles and ideals. If there is no candidate doing this in your constituency, lobby your least worst candidate on the issues that matter to you, or consider running yourself.

All power to those trying to repair Parliament, inside and out.

Whether you choose to participate or not, stay strong.

Don’t allow this broken system to break you.