I stitched together a big banner, which we took with us to represent free Brightonia at Occupy Democracy’s monthly occupations of Parliament Square. 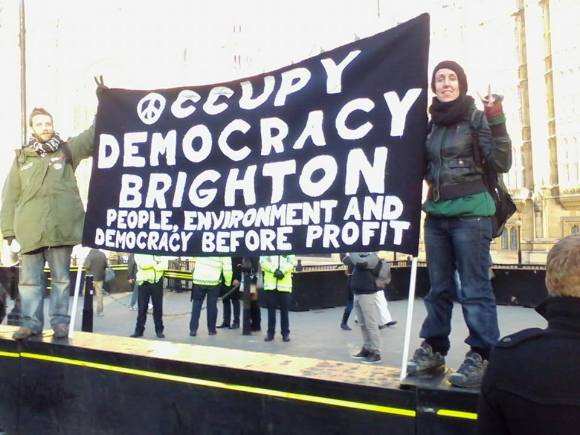 I created some placards for the March4Homeless in Brighton, which I livestreamed on bambuser.

I helped Occupy Democracy Brighton organise a ‘sleepout with the homeless’ after the march, in collaboration with Love Activists Brighton.

It was originally intended to be for one night, but turned out to be an extended urban camping adventure, which I livestreamed on bambuser.