A small but perfectly formed crew have been hosting Night Assemblies opposite Downing St at 7pm each and every consecutive evening since the massive #ToriesOut #ResignCameron demo on the 16th of April. That demo was attended by 150, 000 people according to some sources. Virtually every campaigning group I’m aware of was in attendance – as we are today for the #JuniorDoctorsStrike.

Occupy News Network and others have been livestreaming the London night assemblies, which have been called under the auspices of Nuit Debout – the movement which began in Paris on the 31st March and is currently spreading throughout Europe.

The worst thing about censorship is ████…

If you haven’t heard about Nuit Debout yet, it’s because there has been very little coverage from our corporate zombie media. Given the parlous state of Orwellian Britain, it is not unimaginable that the story has been D-Noticed by our secret rulers. (Which means it’s probs quite good lulz…). 😀

If you’re not up to speed on what’s been going on, a wikipedia page has been created with some good links to get you started.

The Nuit Debout Londoners have been meeting and networking, sharing information and ideas, hosting peoples banquets, open mics and using chalk to transform the streets of Westmonster into the ‘Pavement of Truth’. 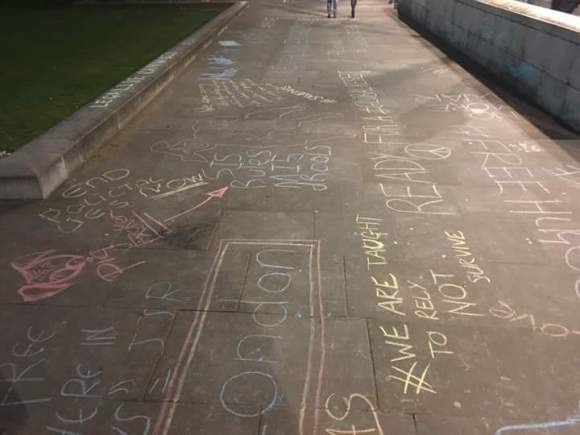 They have also been organising online with supporters around the country and internationally,  via their fedbook page. Several working groups have been formed and are getting on with it – there is talk of a website in the works and translations of international statements are forthcoming. Delegates have been nominated to attend the international conference in Paris, 7-8th May.

For me, one of the most exciting things about Nuit Debout is the debate it has restimulated around the problem of ‘identity politics’. Much like Occupy, the Indignados and the 15M before it, this latest global wave of change is an opportunity for people from all walks of life to shed their old, divisive and tribalistic political identities. To unite in common cause and create new paradigms together.

Anonymous, Occupy,  Love Activists, Disabled People Against the Cuts, Paedophile Hunters London and Streets Kitchen are just some of the groups who have been down to the Night Assembly to express solidarity with the cause from day one.

Here’s an English language shoutout from Anonymous Video for the Global Debout on the 15th May:

To my eyes and ears, these global waves of change seem to be coming more and more frequently, like contractions.

Thinking about it almost makes me want to quote Arundhati Roy!

Several major UK cities have also started organising regular night assemblies – from Glasgow to Dublin, Manchester and Leeds. An international call has gone out for a #GlobalDebout on the 15th May, the anniversary of the #15M.

Why not have a look online to see if there is a Nuit Debout organising near you and volunteer some time and energy to help out? If there isn’t one already happening near you – why not start one?

I strongly encourage you to get involved. Time is short. Only together can we overcome the tyranny and injustice of neo-liberal capitalism.

The time for protest is over – it’s time for resistance.

[…] across the globe have accepted Nuit Debout‘s invitation to join a Global Debout this May 15th, […] 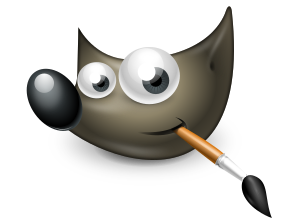